Museums in Africa’s Eden: A Treasure Trove of History and Culture

What is humanity without history and culture? With the advent of new technology, society can easily forget its origin. The best museums in Africa provide a space where citizens can regularly remind themselves of their culture and ancestry. Moreover, travellers gain a better understanding of the destination and its people.

Since time immemorial, museums have helped preserve our cultures by displaying past practices and behaviours and relating this to modern civilisation. Take the time to appreciate your local museum and the excellent work they do every day. If you are traveling in Africa’s Eden, we highly recommend taking the time to stop by a few of the museums list below. 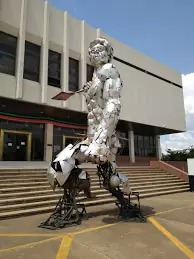 The Lusaka National Museum was founded in 1996 and is situated along Independence Avenue in Lusaka. Even though the construction of the museum commenced in the 1980s, it was only publicly opened in October 1996. Initially, the museum was intended to highlight on the history of Zambian independence; however, by its opening, the focus changed to Zambian cultural history.

The museum has two galleries that house various heritage objects over two floors of a modern art building. The gallery on the ground floor consists of contemporary art that depicts the way of life of the Zambian people through paintings, sculptures and models. On the other hand, the upper gallery shows the journey of Zambia’s development, from history through to the modern way of life. The upper gallery of the Lusaka Museum also has a charming little children’s corner. 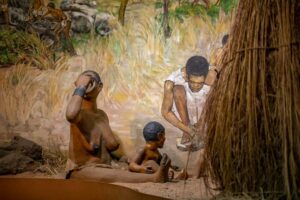 The Livingstone Museum should be on everyone’s bucket list for Livingstone and easily ranks amongst the best museums in Africa. Initially opened in 1934 in a building that no longer exists, the museum found its now permanent home in 1950. The Livingstone Museum is Zambia’s oldest museum and remains the largest to this day. The great cream-coloured building has a distinctive clock tower and has become a marker for giving directions to anyone in Livingstone’s central business district. In addition, the museum is home to impressive collections in Zambian:

The Livingstone Museum could be considered reminiscent of a bygone era as you won’t find televisions, tablets or touch screen displays. However, you will find a treasure trove of relics and information that will dazzle those young and old. Give yourself time to meander through the exhibition halls, and you won’t be disappointed. Children will be awed by the life-size model villages and 3D map of the Victoria Falls area found in the museum’s foyer. The Forest of Faces sculpture garden is located only a few minutes walk away in the Civic Centre’s garden. 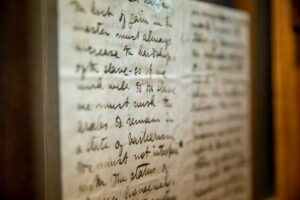 The Railway Museum and The Gateway Jewish Museum

Location: 726 Limulunga Road (about 2. 5km from the town centre)
Entrance Fee: $15 for adults and $7.50 for children for international guests
K8 for adult Zambian residents and K4 for Zambian child residents
Opening Times: 8:30 am-4:30 pm except for Christmas Day and New Year’s Day

The history of the Victoria Falls area and the construction of the engineering marvel of the Victoria Falls Bridge is intrinsically linked to the railways. In fact, the advancement of Great Britain’s control into present-day Zambia was largely down to Cecil Rhodes and his plan to build a Cape-to-Cairo Railroad.

Declared a National Monument in 1976, the site of the Railway Museum was owned initially by Zambezi Saw Mills. From 1936, steam locomotives were repaired and held here. Today, some of the oldest locomotive engines in the world are preserved at this location for all to visit. There are display rooms that give insight into the original routes taken and types of timber exported.

Railway buffs and young children will jump with visible glee at being able to enter the actual coaches and get pictures of them pretending to travel in a bygone era. Sit back and enjoy the plush leather seats and dark, teak wood panelling inside the first-class carriages that originally held rich and famous travellers on Rhodesian Railways. Locomotive engines dating back to the early 20th century are also on display.

The Gateway Jewish Museum is located within the same site as the Railway Museum, so the one entry fee allows you to visit both places. Established in 2014, the Jewish Museum is a well-curated exhibition of the small but impactful Jewish community that first came to Zambia in the late 19th century. Many of the early Jewish settlers were from Lithuania; however, during the Holocaust, Northern Rhodesia (present-day Zambia) welcomed Jewish people with open arms, unlike many neighbouring countries.

The Jewish Museum boasts informative displays that are overflowing with information and visuals. Tourists will likely have seen the clock tower at the Livingstone Museum, a landmark for the town. This was donated by one of the earliest Jewish settling families, the Susmans, to commemorate their fiftieth year of being in the area.

Zambia and Zambians are proud of their history and relish the opportunity to showcase their destination to visitors from around the world.

The National History Museum of Zimbabwe

The Natural History Museum of Zimbabwe is the largest in Zimbabwe. A vast collection of exhibits includes:

Although the idea to set up the museum was proposed in 1902, the museum moved from place to place until 1960. as the collection of exhibits grew until 1960, when it moved to its current home in Centenary Park.

The museum is ranked the fourth largest in Africa and is considered to be amongst the best museums in Africa. It houses nine public display galleries, a lecture theatre, eight research departments, and a cafeteria. It is home to fascinating exhibits depicting the development of humankind from the Stone Age and Iron Age to modern times. It also has exciting artefacts, including a Dodo egg, an extensive collection of the antelope species indigenous to Zimbabwe, butterfly species, snakes, rocks and minerals.

In addition, in line with the mandate of the National Museums and Monuments, the museum provides educational opportunities to students and the general public through guided tours, periodic talks, and conservation clubs.

The Zimbabwe Museum of Human Sciences

The Zimbabwe Museum of Human Sciences, formerly known as the Queen Victoria Museum, famously houses the seven-hundred-year-old Lemba artefact Ngoma Lungundu, believed to be a replica of the Ark of the Covenant of God. The Ngoma Lungundu is the oldest wooden object ever found in sub-Saharan Africa.

The Zimbabwe Museum of Human Sciences consists of a library, exhibition galleries, and a model Shona Village and holds ethnographic and archaeological collections. The museum also has wildlife exhibits on display in public galleries. 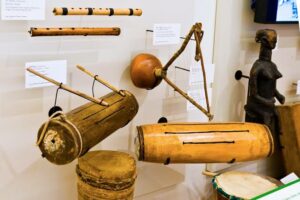 The museum is also involved in preserving the country’s first world heritage area called the Tsodilo. In addition, it is the caretaker of Tsholofelo Park, the burial place of the “negro of Banyoles,” known as “El Negro” in Botswana, following the body’s return from the Darder Museum of Banyoles, in Spain.

With exhibitions ranging from archaeology to natural history to ethnology, the somewhat stuffed but appealing National Museum of Namibia provides abundant information. The exhibit on the San people, including interestingly critical commentary on the bushman as a constructed concept, and a discussion on the exploitation of that concept, is worth noting.

The National Museum is accommodated at three different places in central Windhoek. The Owela Display Centre houses the zoological and general scientific collection. The second is located in Lüderitz Street, sharing a building with the Windhoek Public Library. The third location of the museum is at the Alte Feste building on Robert Mugabe Avenue, next to the Independence Memorial Museum, which houses the historical collection. 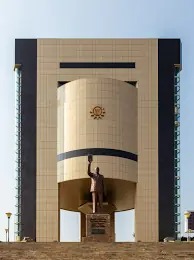 The Independence Memorial Museum in Windhoek was designed and built by Mansudae Overseas Projects, a North Korean firm. The museum was established in March 2014 by President Hifikepunye Pohamba during the twenty-fourth anniversary of Namibia’s independence. Focusing on the anti-colonial resistance and the national liberation movement of Namibia, the museum is bordered by two statues: the Sam Nujoma Statue and the Genocide Statue. The Sam Nujoma Statue sits on the site of the German-era Reiterdenkmal equestrian statue.